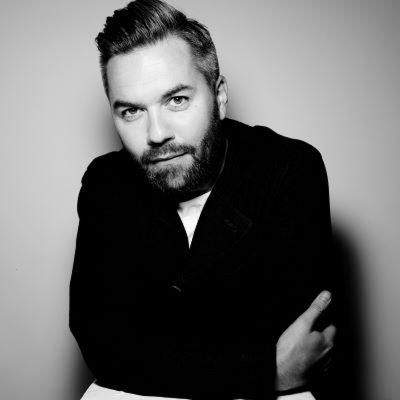 Nils has spent over 20 years in the advertising and design industry working across some of the most recognised agencies in London. In his previous role as Chairman and Chief Creative Officer of Grey LDN, Nils oversaw the most profitable and awarded years in the agency’s 52 years history and became one of the youngest agency chairmen in the world leading its brands globally.

Nils was voted into the Ad Age creativity 50 and was named the No.1 creative person in advertising globally by Business insider, is on the board of trustees of D&AD and is listed as one of the Sunday Times 500 most influential people in the UK.

Over the last two years Nils has led the inception and launch of the ethical capsule coffee brand Halo to global acclaim. British GQ describing the Nespresso alternative as ‘The coffee company keeping George Clooney up at night.’

Labelled as ‘The most exciting start-up of their generation’, as well as launching their own brands, Uncommon are currently working with the likes of ITV, WWF, B&Q, Habito and BrewDog.  Their disruptive flagship work on Ovo Energy was awarded a coveted D&AD pencil just 8 months after the studio launched, they have since won 4 more pencils amongst other accolades. Most recently, the studio was named Campaign Magazine’s ‘Independent Agency of the Year’ – an acclaimed title to achieve just 2 years into the business.