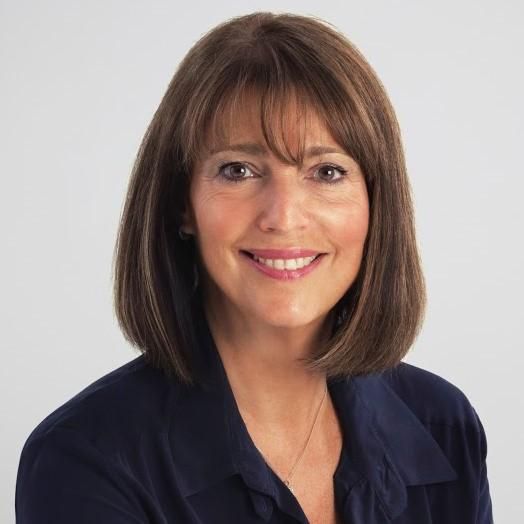 Carolyn McCall joined ITV as Chief Executive in January 2018.  ITV - Britain’s biggest commercial broadcaster - produces, broadcasts and distributes programmes to multiple platforms all over the world and operates  throughout the UK and globally.

Prior to joining ITV, Carolyn was Chief Executive at easyJet where she brought a customer-focused approach to the business and redefined what passengers now expect from short haul flights. This drove both passenger loyalty and growth, delivering sustained success for easyJet’s shareholders.

Carolyn is a Trustee of the Royal Academy and Chairs their Corporate Advisory Group. She has been a NED aid Burberry PLC since September 2014.

In 2016, Carolyn was decorated with France's highest award, the Légion d'honneur in recognition of her contribution to the economy  of France and for her support of women, particularly female pilots.

In the New Year’s Honours List of 2016, Carolyn was awarded a Damehood for services to the aviation industry following the OBE she received for services to women in business in the Queen’s Birthday Honours List in June 2008.  In April 2008, she was named Veuve Clicquot Business Woman of the Year.

Most recently Carolyn was made Knight of the Order of the Star of Italy, an award honouring those who have made a special contribution to promoting ties with Italy.

Carolyn graduated from the University of Kent with a BA in History and Politics and from London University with a Masters in Politics.